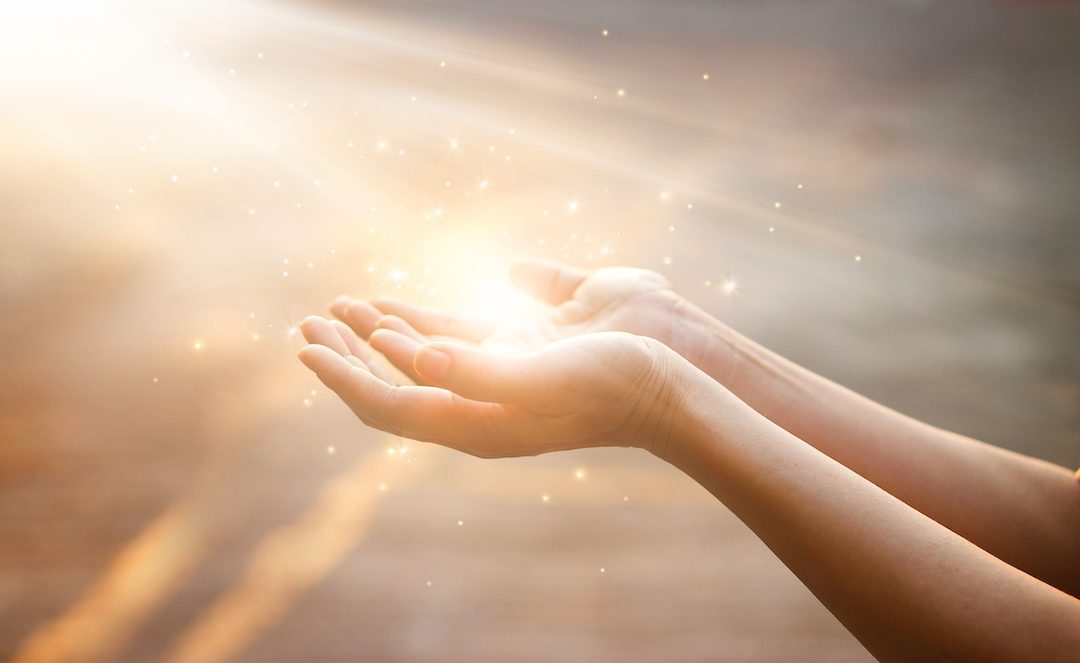 Well, that last blog was also a bit heavy, but if you can think with the idea that our bodies, including our brains, evolved over billions of years on an evolutionary line that is part of this physical universe, and that we, that is, us as spiritual beings did not, you’ll get what I’m talking about.

Our bodies prefer structure, routine, and predictability, while we as spiritual beings can simply change our minds and decide that something is so, simply by deciding it is so, and viola! It should just happen!

If we as spiritual beings would simply quit trying to make our caveman bodies live in a Jetson’s kind of world… things would work out just fine.

And quite honestly, some spiritual beings are able to do just that with a thought, defy the rules of the physical universe, and at those times create what most would consider miracles!

But most of the time, the spiritual beings’ ideas have to be put into action, and through work and determination, magic can, and often does happen, especially when they align with the body’s genetic blueprint and the natural laws of this planet.

When one looks in the mirror, one is looking at the body’s solution to those lifestyle choices made by the spiritual being. It’s really that simple.

If one does not like what he sees, he shouldn’t try to fix the body, but rather change his mind, and pursue that lifestyle that will yield the desired results.

Get what I mean?

Overweight? Don’t try to lose weight. The weight gain was the correct solution to your lifestyle. One must change his lifestyle to one that eats healthy, exercises, and gets plenty of sunshine, and sleep. In time, the lifestyle will reshape the body into something that is more desired, and the weight will come off.

If one were to look at it, he would find that his body and the world around him align perfectly with his lifestyle, like it or not.

My son Anderson reminded me that when my kids were little I used to tell them that if they were in a situation that sucked, to keep in mind that thing that sucked, was them!

So much for Dad of the Year, but that’s how it is- if you don’t like something… then change!

All too often people spend so much time and money trying to “alter” what is, only to find they have moved so far away from the source of the problem that there is no way to get back. Think of any old “I Love Lucy” episode; she did something dumb, and to make it “better”, she just kept doing dumber, and dumber things until she had a real mess on her hands!

Had she come clean from the beginning, the problem would have been fixed, and there wouldn’t have been any “I Love Lucy” television show!

Ultimately, the “problem” is always you! And by you, I mean the spiritual being, and what and how that being thinks.

The correction to whatever is bugging you today will always be found sometime earlier when the incident occurred. Decisions were made at that time, and any solution will be found by going back to the beginning when the decision was made, and not “created” later on down the line.  Just ask Lucy!

I hope you can understand what I’m saying.

One has a “caveman” body. One decides he’s more of a futuristic, spaceman kind of guy. The body starts misbehaving, getting sick, and causing the spiritual being trouble.

Wrong! One needs to go back and realign with the genetic blueprint of the body, and it will “fix” itself, and the spiritual being will then be free to once again enjoy living!

In terms of a body, the problems began when the spiritual being began creating an environment the human body was not designed to live in.

Go back, and realign the body with the original hunter/gatherer design.

There are many, many ways to do this, and we at Paragon Chiropractic would love to help you. It’s not difficult, but like everything, there are ways that work, and others that will only cause disappointment.

It is from this “clash” that most if not all of our diseases and disorders come from, or at least those found most recently in modern men like heart disease, diabetes, high blood pressure, cancers, auto-immune diseases, and all of the many others related to metabolic dysfunction and inflammation.

These diseases come on gradually, and most people are in training for the big disaster right now!

Many look at today, and figure somehow they will be different in the future. To me, this is the arrogance of the spiritual being, or possibly something that is not quite right in the mind. Some false idea….

If one can imagine what they would like their future to look like, one can set a course and do what he needs to do now to make sure he arrives.

This would entail getting the body realigned with its Paleo-genetics, and the spiritual being working to be able to control not only its body but mind and environment as well.

Again, I’m not telling you how, only that it is possible, and that a person simply can!

I would love to talk with anyone who would like to talk about such things…, things that would put that spiritual being back in control of things… all things!

And I am not talking about eating carrot sticks and getting a little more exercise and taking care of a body.

How would one handle and correct a spirit? That’s a question!

I hope I gave you something to think about, and more so a reason to want to learn more. I am more than happy to help and would love to hear from you.

As always, thank you for giving an old, wild man a place to sound off!