What Chiropractic Adjustments Do To Your Body 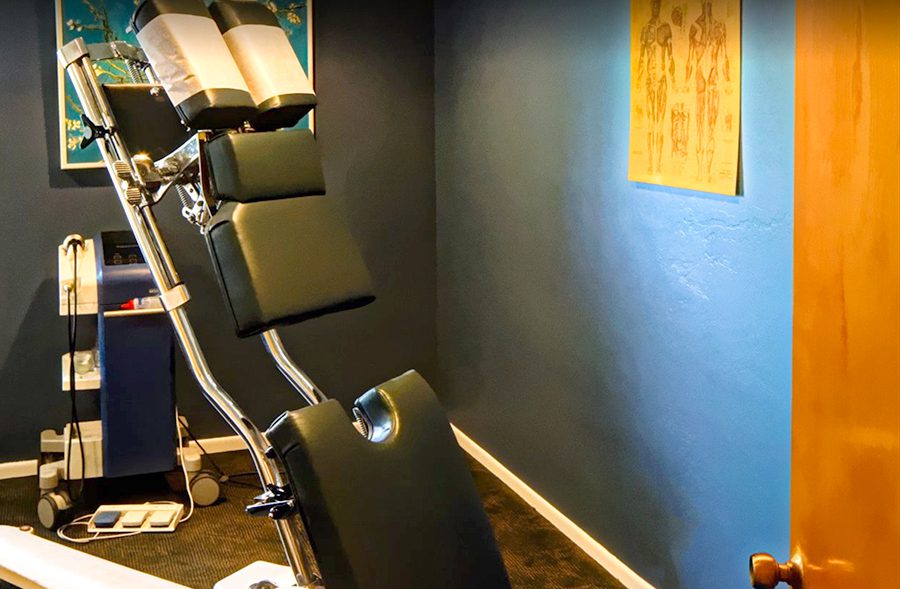 The other day I was talking with a long time chiropractic patient who asked me, “What does the chiropractic adjustment do, does it put bones back into place?”
The simple answer is, no, it doesn’t.  And probably for as long as chiropractic adjustments have been given, there have been thousands and thousands of explanations for what it is that a chiropractor is actually doing. Current research is showing that the type of force used by a chiropractor during the adjustment (high velocity/low amplitude thrust) has an extremely beneficial effect on the patient’s nervous system. After an adjustment, patients report to being able to see or hear better, some experience a very pleasant sense of well being and calmness, and many report that their pain is gone and they can once again walk, sit, stand, jump, or bend.  I’ve seen patients who were told surgery was their only option to move pain-free and return to their normal life and activities following chiropractic care. If the body still possesses any ability to heal and recover, chiropractic is pure magic!
That a body heals and a person returns to the life they enjoy is nothing short of miraculous! It’s not scientific. Science tries to describe and explain miracles, all the time saying there is no such thing. Great!
Somehow, some way life finds a way if given a chance. Even after removing body parts, or poisoning with chemicals, life always tries to push toward life and survive- and that is how all healing, especially chiropractic works. Help life create life!
Back in the late 1890s when chiropractic was conceived there were two schools of thought regarding how a person became sick. Louis Pasteur and his followers said that all diseases and disorders came from the environment- basically, the environment, bugs, and germs made people sick. But how do you explain two people who were born in the same hospital, lived in the same town, went to the same school, ate the same food, drank the same water, breathed the same air and worked in the same factory for 45 – 50 years. If it was the environment, why was one guy healthy and the other guy sick?
On the other hand, D.D. Palmer, the Founder of Modern Day Chiropractic and many other scientists of the time disagreed with Pasteur and believed that a person created an environment within their own body that would allow them to be the effect of bugs and germs, and get sick. To me, this makes the most sense. We’ve all been around people who were sick, and many nasty germs, so why did we stay well if the environment is what makes us sick?  Well, here’s where chiropractic comes to the rescue…
At the time,  D.D. Palmer described what he called the “innate intelligence” which was the healing and life energy of the body, and it was his theory that if for some reason this life energy could not communicate with the body or the body with the life energy then a state called, “dis-ease” came about. In order to help a person to be well, one need only get the body and innate intelligence back into communication with each other and the innate intelligence would heal the body. It was D.D. Palmer’s theory that the communication lines for this healing event were the nervous system, and since the greatest number of nerves exit the spine, by adjusting the spine and mobilizing the joints, this healing energy could do what it needed to do to handle the body.
Obviously, chiropractic does so much more, but there is an energy that created the body, animates the body, heals the body and when it leaves, allows the body to return to the earth, while that life energy continues on to create more life….  Something to think about. I’ll talk more about what chiropractic does in upcoming blogs!