What is Behind Biohacking and What You Can Do For Optimal 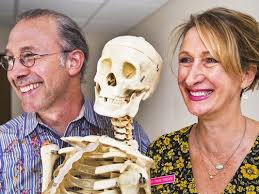 Optimal Health is Beyond Biohacking

In case you missed the important first part of this blog, CLICK HERE!
I’m not going to talk about individual smart pills and whether or not they work. I can tell you in the long run they don’t.  What I want to talk about is the brain and this idea that it is anything more than a chunk of meat that lives inside your head, and that by drugging it a person can somehow become a superhuman.
Science has been fascinated with the brain since man first saw it fall out of someone’s head after they hit him with a club. It is a mysterious, unknown that can not really be understood and holds the answers to all of life’s mysteries if we can just find the right combination of drugs to make it tell its story. Sounds dumb, doesn’t it?
The brain supposedly thinks for us, it reasons and controls our bodies and lives. It coordinates functions and recalls, and remembers both the good and bad memories of our lives. It decides our personalities, who we are and the lives we lead. Whether we are happy or sad, smart or dumb, sane or insane- the magic chemicals in our brains decide all of this for us and we can only “obey”. Wow- now that sounds really dumb!
But if we really are the brain, wouldn’t we know all there is to know about the brain and life? Wouldn’t we somehow be so much more than we are?
So this begs the question- is it possible that we aren’t the brain, and the brain, if it really does anything would be little more than a servant to some other reasoning power rather than us to the brain? Are we really slaves to our brains? Do we really think it does the thinking and tells us what to do?
As I have described in earlier blogs, I hold that each of us is a spiritual entity, creators of life and the world around us. This would mean to me, we are not our brains and at best it would be some type of a servo-mechanism that coordinates body functions. Certainly nothing more, and certainly nothing that would tell me anything about who I am and the world around me.
With this point made, then how could any drug or pill make you, that thing that really is you smarter, remember more or reason better? They might do something to the brain, but you?!? Never!
Still not sure? What decided it wasn’t smart enough, or brave enough, or couldn’t remember well enough? The brain? And was it the brain that decided all of these functions and more could be made better with the right combination of drugs and other concoctions? And was it the brain that invented the pills it thought it needed to perform better? See, this is getting really dumb.
People who think like this think that computers are smarter than us, and machines are much better and to the point where they think pills will make them more like the computers and machines they worship and admire.
One question, who decided they needed a machine or computer, who invented these devices and who decided the computer answered correctly and the machine functioned properly? It wasn’t the brain, that’s for sure!
Does a person really think that a brain tells them they are happy, or paying attention, or being good?
Still not convinced? How reliable is a computer or machine whose answers or functions can be altered by drugs or alcohol or some other external force?  Would you let something like that rule your life and those around you? A good example would be the people who go through life staring at their cell phones, looking for answers, hypnotized, becoming more and more disconnected and more and more a slave to a tool that is supposed to serve them! What pills will the “brain” make for these people to make them stop staring at their phones all day? Oh, and there will be anti-cell phones one day if they don’t exist already!
It’s hard to believe that there could be something dumber than a piece of meat between your ears, but such is the life of a smart pill user!